‘When something is wrong, they are always there to help us’

LOF BV is a loyal customer of AgrinServ. This company from Espel has been in the chicory business for over 40 years and travels all over the world. So the company knows exactly how the chicory processing line, which is maintained by AgrinServ, should work.

‘We see and hear a lot. Our experience gives us a different view of such a line. We share our experiences with AgrinServ, and then we work on areas of improvement together’, says Gerwin de Vries.

At one level
The processing line was built by a different company years ago, but is now being maintained by AgrinServ. The resulting collaboration turned out to be so pleasant that AgrinServ was asked to build a processing line for the second and later also the third location of LOF BV in Germany.

According to Gerwin de Vries, collaboration is essential. ‘The advantage with AgrinServ is that we talk at the same level, which results in better discussions and brainstorming. Theya re always willing to make adjustments and are open to new ideas. To me, that makes it a pleasant partnership. When something is wrong, they are always there to help us.’

No childhood dream
Robin van der Veeken from AgrinServ explains: ‘Buying a chicory processing line is nobody’s childhood dream. No, these lines just need to work and be functional.’

AgrinServ is fully committed to said functionality. As such, malfunctions on the processing line hardly occur. But if something should happen, quick action is required. Gerwin de Vries: ‘It’s always possible for something to break down. If it does, you have to be up and running again as quickly as possible. You can easily have 25 people working in a production environment. That means every minute you lose is actually 25 minutes, so it adds up quickly. Sometimes we simply solve the problem ourselves, or else we have to change gears quickly. That is possible with AgrinServ.’

‘It’s all about feeling and trust’, suggests Van der Veeken. ‘We know what to expect from one another. Solving the impossible is not going to happen, but we always do our best.’

Becoming better
As a good example of the collaboration, the two mention a washing robot, which is a crucial part of the overall process. The old robot was replaced, because there was no time for a major overhaul. Van der Veeken looks back: ‘We started on a Thursday evening, and everything was operational again by Sunday. Production was up and running again on Monday’.

‘It works amazingly’, smiles Gerwin de Vries. It’s running for the third year now and looks like new. It has really gotten so much better. If you build something, and this applies to all machines, it always has to be better than the previous one’. 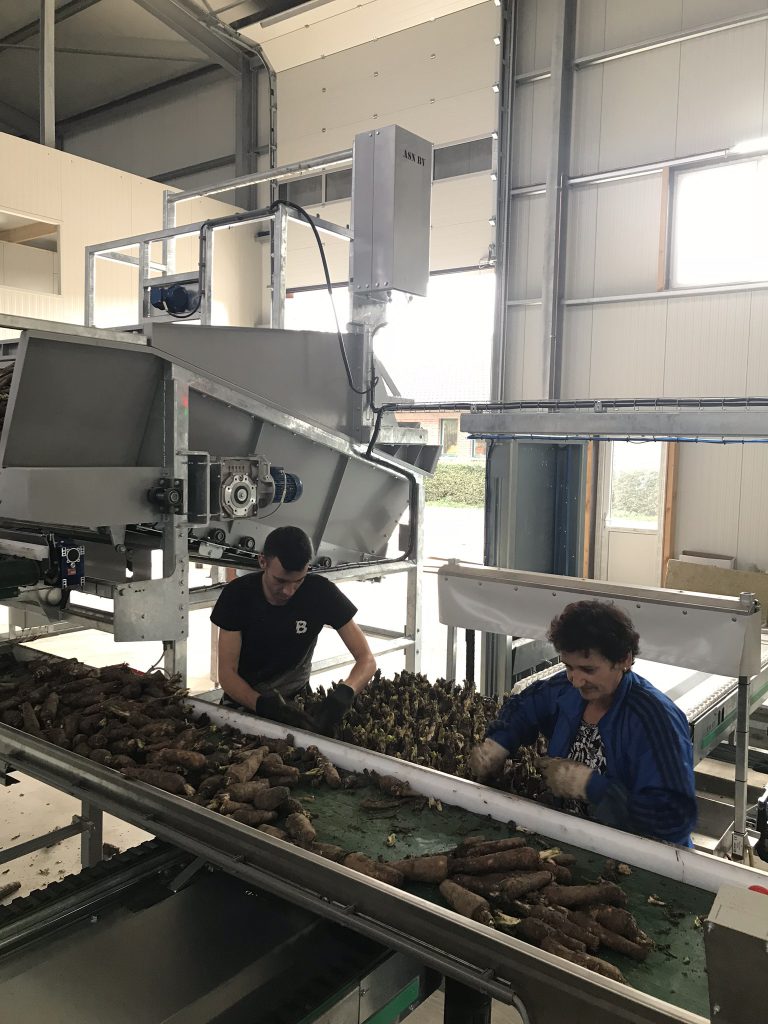